Medical researchers at the University of Alberta have discovered that an active ingredient in the Persian spice saffron may be a potential treatment for diseases involving neuroinflammation, such as multiple sclerosis.

Chris Power and a team of researchers in the Faculty of Medicine & Dentistry recently published their findings in the peer-reviewed publication, The Journal of Immunology.

"We found there is a compound in saffron, known as crocin, that exerts a protective effect in brain cell cultures and other models of MS. It prevented damage to cells that make myelin in the brain," Power said. "Myelin is insulation around nerves. MS is characterized by inflamed brain cells that have lost this protective insulation, which ultimately leads to neurodegeneration."

Power noted they are not close to a clinical trial stage yet, but the finding is still exciting.

It has been known in the research community for years that crocin protected neurons in certain situations, but Power and his team wanted to delve further into this area.

"There are still many questions to be answered about how crocin exerts these neuroprotective effects, but this research highlights a potential treatment role for crocin in diseases involving chronic neuroinflammation - something that had not been recognized until now," says Power.

He explained the research demonstrates a new mechanism in MS, provides new potential drug targets in the future, and helps explain why physicians see inflammation in MS.

The team's research also revealed that this specific type of cell stress, called the unfolded protein response, may be caused by an ancient virus that was introduced into the DNA of early humans. This particular cell stress is found at high levels in MS brain lesions.

"We all have this ancient virus in our DNA, but for some reason it is excessively turned on in MS," says Power. "We are doing more research investigating this link." 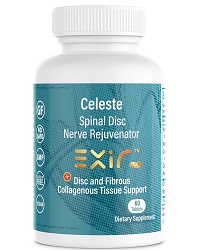